This 2011 film reunites Laurie Strode and Michael Myers… which is to say that Scout Taylor-Compton and Tyler Mane, both from Rob Zombie’s HalloweeN movies, are co-stars in 247°F. Purportedly “based on true events,” 247°F has Scout play Jenna, a psychologically troubled young lady. In the past, Jenna lost her fiancé in a car wreck. Now, three years later, Jenna is single and is taking medications to help her keep her sanity. Jenna also looks very pale, as if she rarely goes outside. 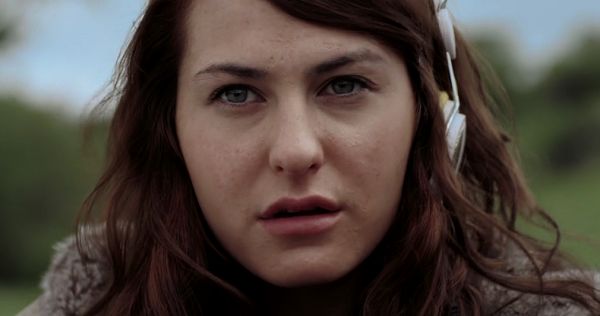 The exterior shots near the film’s beginning look good. However, most of the action takes place inside of a cabin by a lake. The emotionally fragile Jenna, her best friend Renee, Michael (Renee’s boyfriend) and Ian arrive at the picturesque location owned by Wade (played by Tyler Mane). The group plans to relax and have fun.

They decide to try out the sauna within the cabin. They subsequently get trapped inside of it. The sauna has the capacity to reach a temperature of 247°F (hence the film’s title). The characters try to get out of the hot room before it’s too late. 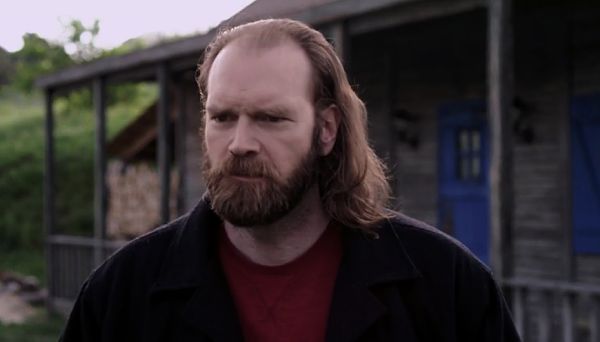 247°F has simple sets and a basic story. Things are straightforward, there isn’t much to ponder about. The threat presented by the locked sauna is the obvious focus of the narrative. Everything else in the story is filler and padding. Strangely, though, even the sauna parts don’t make for compelling viewing. 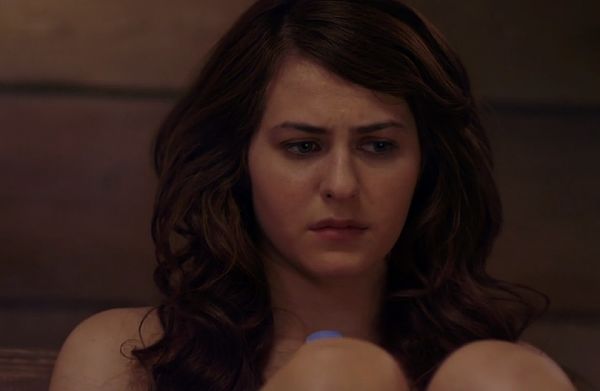 It’s useful to briefly compare 247°F with two other films, ATM (2012) and Compliance (2012),  two features where things also unfold within a single location. In ATM, the characters find themselves trapped inside of a room that looks icy and gloomy. In Compliance, the main story takes place in the cramped and constricted back office of a fast food joint.

However poorly (ATM) or well (Compliance) those films were received by critics and the public, they both conveyed claustrophobia effectively – something that cannot be said about 247°F. The fake-looking sauna in 247°F is too spacious, airy, sterile and comfortable. For a sauna that is blasting out intense heat, things don’t appear icky enough. The sweat on Scout Taylor-Compton looks like someone gently sprayed mist on her.

Despite the heat, the characters speak coherently. They have enough strength and presence of mind to argue, talk and complain. They seem to be bothered more by the inconvenience of being trapped than by the heat of the sauna. 247°F lacks urgency and thrills. It’s an aimless effort that doesn’t go anywhere. Also, the movie’s action develops with the same level of low energy from beginning to end. 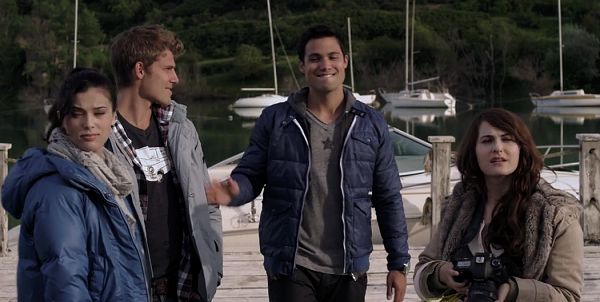 Seeing Scout Taylor-Compton and Tyler Mane together in a non-HalloweeN movie is a plus, though. This film also gets points for not presenting all 4 of its main characters as hollow fools (only one of them is an idiot). In the end, however, it’s difficult to overcome the feeling that 247°F was trying to present something meaningful but it simply couldn’t.