Both Halloween II (1981) and Halloween: Resurrection (2002) share the same director, Rick Rosenthal. However, these films have several other common elements. To begin with, Laurie Strode outsmarts Michael Myers in both films in the same way. She convinces Myers that she’s asleep in a hospital bed, when it fact Laurie has put a bunch of pillows under the sheets. 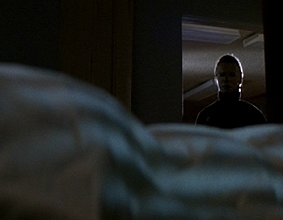 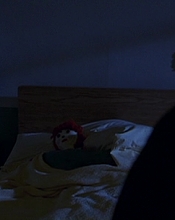 The two films feature Michael chasing Laurie through a hospital. Moreover, we get glimpses of both characters in long, desolate hallways and stairways. During a flashback/dream sequence in Halloween II, Laurie is seen holding a doll. In Resurrection, Laurie keeps a doll close to her while in the psychiatric hospital (she stuffs it with the medication she’s supposed to be taking). 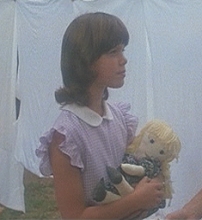 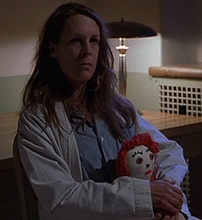 There are peripheral characters named “Jim”/”Jimmy” in the films. Jimmy is a paramedic in H2, while Jim is a Dangertainment contestant who is subjected to Michael’s Two-Hand Head Crush. H2 and Resurrection show Michael Myers at a young age. In H2, Laurie dreams of her visit to Michael in an asylum. Michael looks rather angry. In the alternate opening to Resurrection, a home video gives us a look at an annoyed Michael who doesn’t want to participate in a family event. 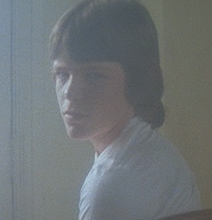 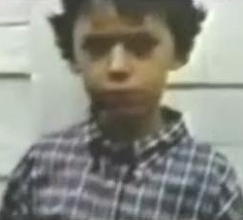 Michael Myers is seen on surveillance monitors in Halloween II and Resurrection. In the former, Myers walks the grounds of Haddonfield Memorial Hospital while the security guard reads something. In the latter, two officers at Laurie’s mental institution see Myers on a security camera. The officers think that Myers is another patient named Harold.

As pointed out in Revisiting Halloween Resurrection, both H2 and Resurrection feature a character with the unlikely name of “Dr. Mixter.” In H2, Mixter is an alcoholic who treats Laurie. In Resurrection, Mixter is a professor at Haddonfield University and is portrayed by Rick Rosenthal.

H2 and Resurrection have scenes in the coroner’s office. In H2 it occurs when Dr. Loomis and the “dentist” examine Ben Tramer’s corpse. In Resurrection it happens when Michael’s supposedly dead body is wheeled in for an autopsy. (Tramer and Myers had been burnt).

These next similarities are my favorite ones. A character steps and slips in a pool of someone else’s blood. In H2, Jimmy slips and suffers head trauma after attempting to run while standing in a nurse’s blood. In Resurrection, Sara falls on Nora’s blood in the garage. The nurse had been exsanguinated by Myers, while Nora lost a massive amount of blood after being sliced and hung. 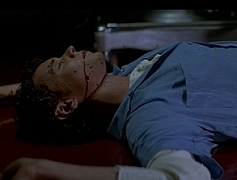 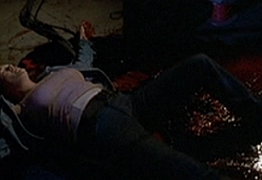 The theme of Michael Myers Look-alikes appears in both movies. Ben Tramer is the look-alike in Halloween II; Freddie Harris is a Myers impersonator in Resurrection. Also, Michael’s hatred of doors is quite evident in the two films. Myers walks through a glass door in Halloween II while pursuing Laurie. Myers also crashes through a door later on to get to Dr. Loomis and Laurie. In Resurrection, Myers rams his way through the door to Laurie’s room in the mental asylum. 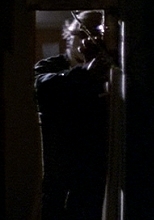 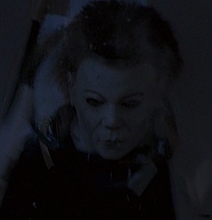 Lastly, we have the theme of fire. Halloween II ends with a devastating explosion caused by Dr. Loomis. In the final act of Resurrection, Sara unwittingly causes an explosion in the garage of the Myers house. Myers was burnt and supposedly killed/pronounced dead in both movies because of the fires. Furthermore, shots of Michael’s burning or burnt mask were shown. 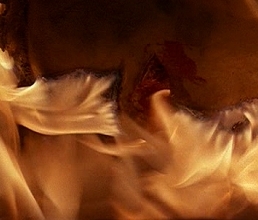