Wilbur’s career in the film industry is legendary. He contributed stuntwork to Ghostbusters (1984), Die Hard (1988), Total Recall (1990) and The Silence of the Lambs (1991). Presented here are some items that were autographed by George P. Wilbur: an SSN HalloweeN 6 mask and two photos. 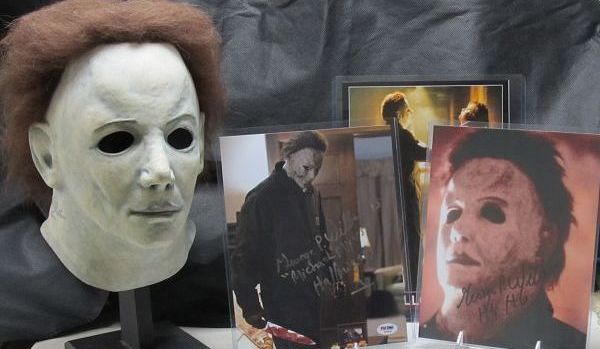 George Wilbur makes appearances at conventions, such as this year’s Monsterpalooza. However, I’ve been unable to meet him in person. From watching fan videos and the interviews that Wilbur has given on various HalloweeN DVDs, Wilbur seems like a warm and gentle person. 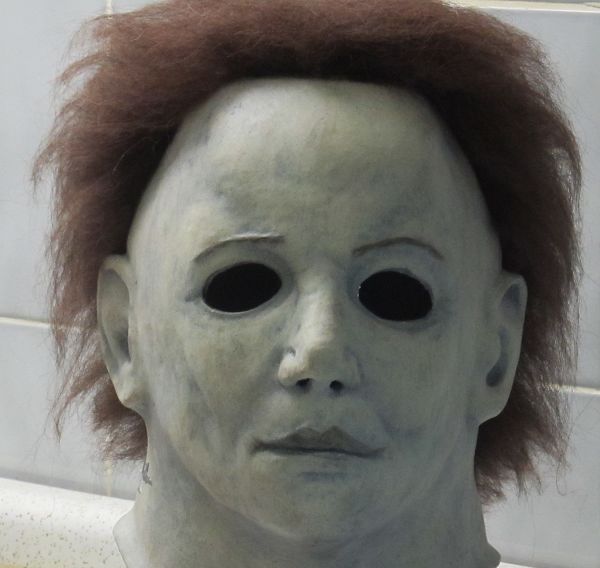 The George P. Wilbur Signature Series Mask was created by Silver Shampain Novelties. While these Michael Myers masks were advertised as limited editions, they were not produced with a set number in mind (unlike the SSN Six, which was strictly limited to 30 copies). 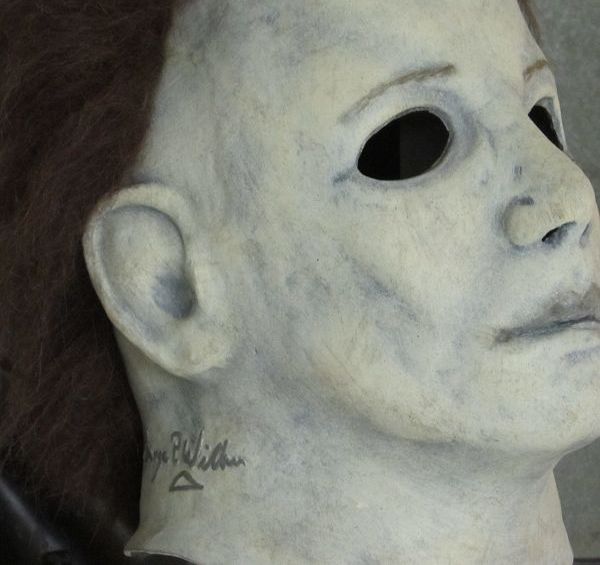 The SSN Wilbur Signature Series mask is an H6 Curse of Michael Myers replica. It features Wilbur’s signature to the side of the mask. Wilbur also signed the certificate of authenticity that accompanies each copy. Wilbur sometimes includes the symbol of Thorn underneath his name. Other times, Wilbur may write “H4 H6” to indicate the HalloweeN films that he participated in. 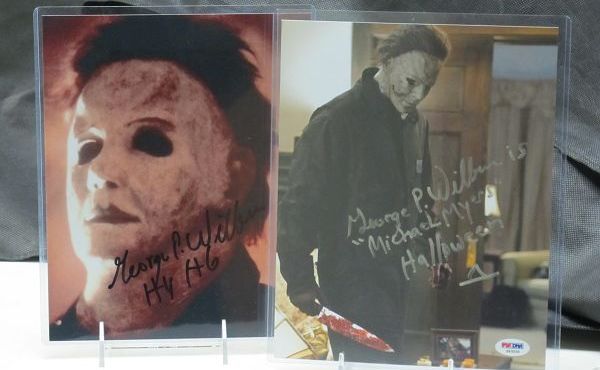 As can be seen in the photo above, one of the signed items is a still from Rob Zombie’s Halloween. In that film, Myers was played by Tyler Mane, not by George Wilbur. This bring us to Part 1 of Awkward HalloweeN Moments.

This particular item was purchased off of FeeBay. Someone had George P. Wilbur from H4 and H6 sign a photo from Rob Zombie’s Halloween. This isn’t the only time when this has happened. There are other items depicting Tyler Mane as Myers but signed by Wilbur on FeeBay. 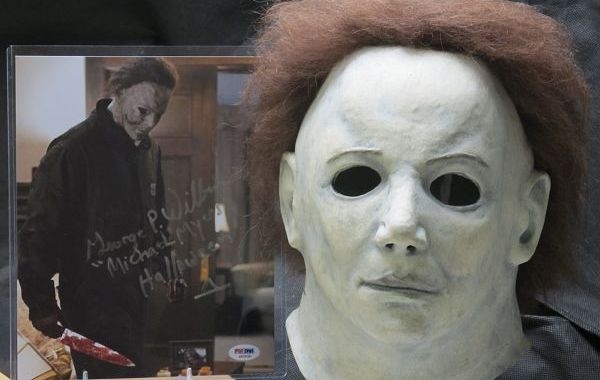 Wilbur’s inscription reads: “George P. Wilbur is Michael Myers,” (he then added “Halloween” along with the Thorn symbol). It’s reminiscent of the way that Dave Prowse (who played Darth Vader) signs his items (“Dave Prowse is Darth Vader”).

Wilbur probably signed all of these specific Rob Zombie Michael Myers photos in this manner. Wilbur didn’t make a fuss about signing these items (e.g. he didn’t write, “That’s not me” on the photo). He went ahead and signed the photo because it’s a photo of Michael Myers and he’s played Michael Myers. 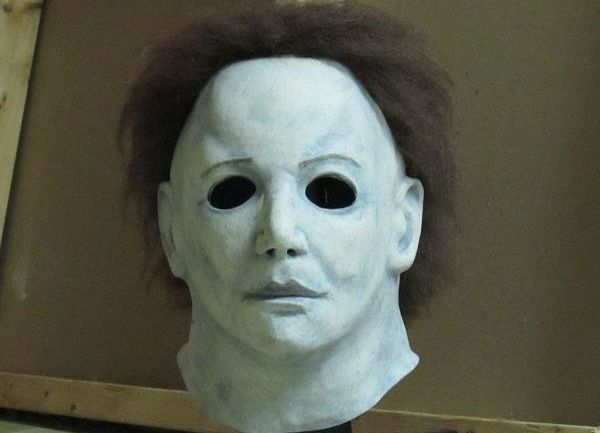 After Nick Castle’s performance, George Wilbur’s Michael Myers is my preferred one. Wilbur’s Myers was silent, swift and brutal. He gave off an inhuman presence. He was perfect for H4 and H6. In H4, Michael Myers had just come out of a decade long coma. In H6, Myers had been living underground, inactive for about six years. In other words, those films kind of demanded that Myers be a bit rigid but very vengeful. 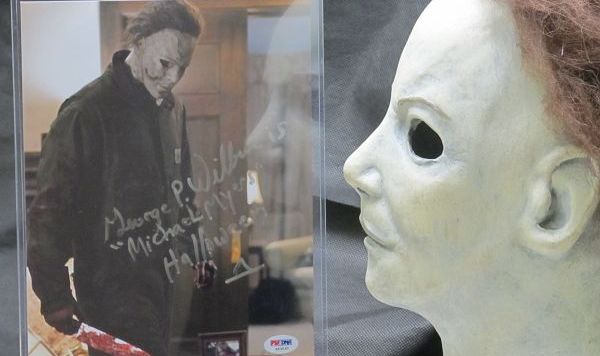