The Quick Massacre is a Michael Myers rampage that lasts a relatively short while and results in at least 3 on-screen casualties. Excluded from this category are: longer sprees (such as Michael’s killings in the hospital throughout HalloweeN II); bloodbaths with an unknown death toll (e.g. Michael’s assault on the police station in Halloween 4); and deaths that cannot be clearly attributed to Myers (such as some of the occupants of the crashed ambulance in The Return of Michael Myers).

Following the aforementioned criteria, here are five HalloweeN films that have at least one Quick Massacre. They are listed in chronological order:

Halloween 4: The Return of Michael Myers (1988)
Thanks to Deputy Logan, Michael Myers gained entrance to the old Meeker house. While the Deputy sat in a cozy rocking chair, Michael snuck up and slaughtered him. Myers then converted Kelly Meeker into a door poster and he proceeded to perform facial reconstruction on Brady. 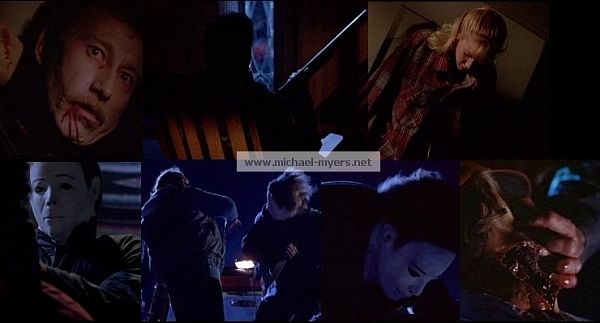 Later on, Michael Myers caught a ride with the hillbillies who murdered Ted Hollister. They were transporting Rachel and Jamie out of Haddonfield. A state trooper failed to notice Michael hanging underneath the truck even though he flashed a light there. Myers made his way through three beer-bellies like a hot knife through butter. Earl was then fatally wounded by Myers before Rachel shoved him out of the vehicle.

Halloween: The Curse of Michael Myers (1995)
Dr. Wynn and his cult of surgeons and nurses prepared for some genetic splicing in a room in Smith’s Grove underground lair. Michael Myers made a spectacular entrance to the pulsating rhythms of a strobe light. 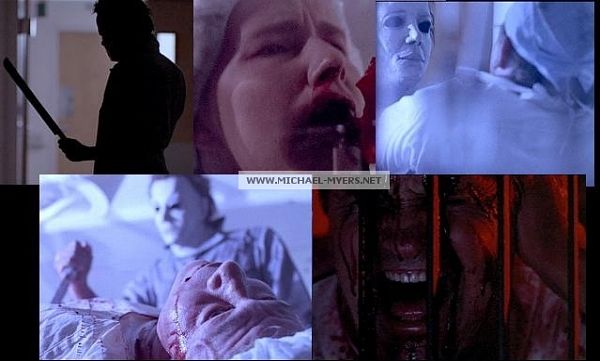 Wynn stepped back as Michael, armed with a shiny machete, gutted the medical team (several fatalities were shown). One of the medical personnel attempted to escape, however. Myers power-walked his way up to him and used the man’s head to crash open a gate. 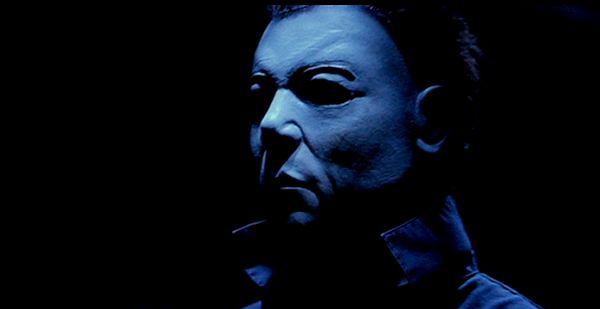 Halloween: Resurrection (2002)
After locating his sister Laurie Strode at an insane asylum, Michael Myers dispatched both of the facility’s overweight security guards. Myers then did the speed walking thing and was lured onto the roof where Laurie’s plan backfired. In a show of incest, Laurie kissed her own brother on the lips before plunging into computer-generated trees. 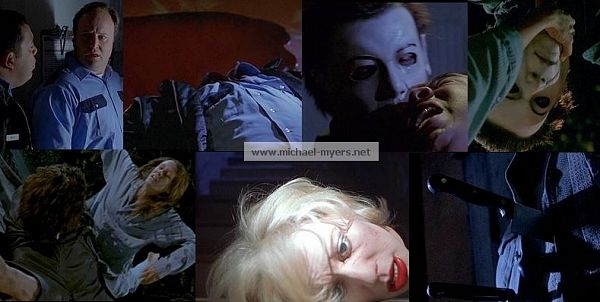 As the movie’s story unfolded, another Quick Massacre occurred. At the top of the stairs in his old house, Michael Myers decapitated the annoying Jen. Once he made it downstairs, Myers head-crushed the greasy Jimbo and knifed Rudy to a door. 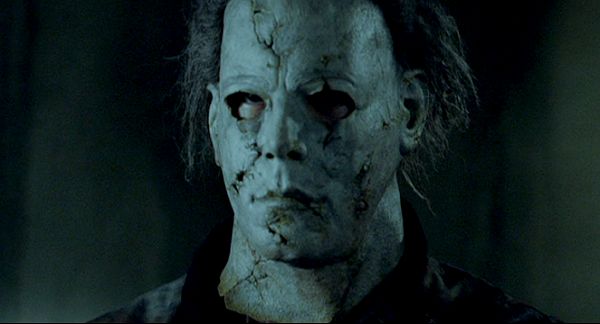 Rob Zombie’s Halloween (2007)
Ten year-old Michael Myers murdered the sexy Judith, the disgusting Steve and the abusive Ronnie while other kids were out trick or treating.  Michael wore a clown mask as he slit Ronnie’s throat and bashed Steve’s head in. However, he donned the iconic pale, emotionless mask to butcher his sister. This massacre is what led to Myers’ arrest, trial and confinement. 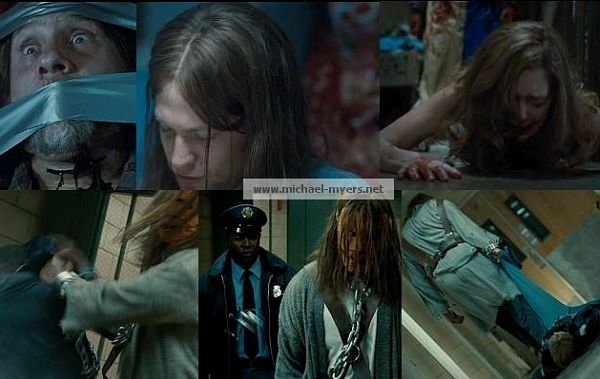 Rob Zombie’s Halloween II (2009)
Michael Myers decimated two hillbillies who had beaten him down in a field. Michael shoved one of them onto the deer antlers on the front of their truck. The other guy was cut across the eyes and sliced up. Myers murdered their female companion by savagely stabbing her. 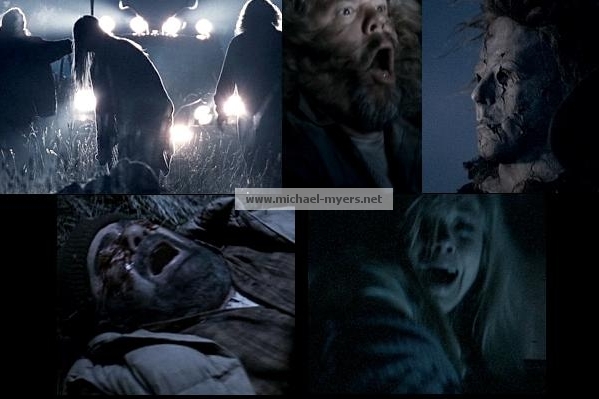 Afterward, Michael Myers headed to the Rabbit in Red. Without bothering to put his mask on, Myers choke-slammed the club’s bouncer and stomped his face in (he then hanged the guy’s corpse). 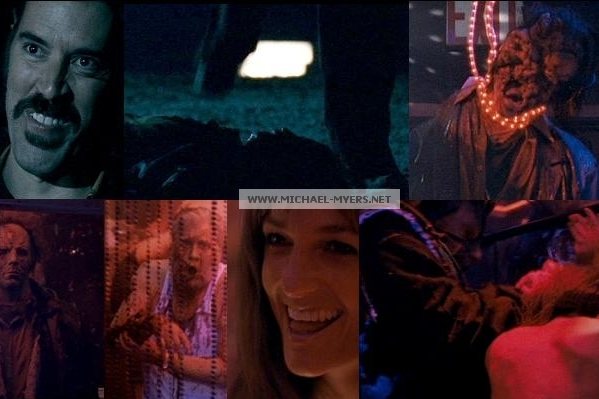 Inside the club, Michael wore his mask and broke Big Lou’s forearm and banged the rest of him around. The Shape then turned his attention to Misty the stripper and smashed her face repeatedly into a mirror.

Although Michael Myers is generally considered to be slow and methodical, his Quick Massacre Technique proves that he’s capable of killing 3 or more people in one go. This Technique is evidence that Myers can be very agile, has excellent fighting skills, and is adept at on the spot thinking.